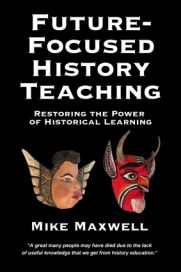 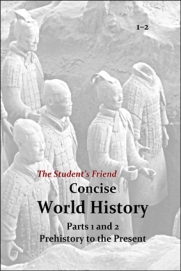 Fixing a problem involves finding good answers to three basic questions: What? Why? How? What is the situation? Why is it happening? How can it be fixed?

What is the situation?

What? should be the easiest of the three questions to answer because it’s based on observable, objective conditions, while answering the subsequent two questions calls for some level of conjecture. Still, people frequently disagree about the fundamental realities of a situation. The title of this article presumes that history education is in decline, a premise that not everyone may be prepared to accept.

So, as good police detectives and historians do, we need to look at the evidence. Listed below are fourteen items of factual evidence, which support a conclusion that history education is in decline. Evidence may exist to the contrary, but the evidence I have seen points overwhelmingly in one direction: that history education has been in decline for decades. You be the judge.

The baseline situation: On October 3, 1957, history was one of four major core subjects taught in secondary and post-secondary schooling, roughly on a par with mathematics, language, and science.

October 4, 1957. The Soviet Union launches Sputnik into orbit around the Earth. Caught off-guard, the American public and government fear that the United States has fallen behind the Russians in technology, particularly in the development of intercontinental ballistic missiles. The nation’s educational priorities shift: Science and mathematics are seen as keys to meeting the Cold War threat posed by the Soviets. History, with no immediate practical use, is left to languish.

September 2, 1958. Congress passes the National Defense Education Act. “Of particular concern was bolstering the United States’ ability to compete with the Soviet Union in the areas of science and technology….It marked the beginning of large-scale involvement of the U.S. federal government in education.” (Encyclopedia Britannica)

1976. In a meeting of the American Historical Association, William H. McNeill—later to become AHA president—tells his fellow historians that history courses are no longer compulsory in colleges and universities, with the result that “college students became free to avoid history—and did so in such numbers as to exacerbate the job crisis for our junior colleagues.” (The History Teacher)

August 11, 1984. Congress passes the Education for Economic Security Act meant to ensure the nation an adequate supply of scientists, mathematicians and engineers. Among other measures, the act establishes the Congressional Merit Scholarship program to award scholarships to individuals with “outstanding potential [who] plan to pursue a career in teaching” in the fields later termed the STEM subjects: science, technology, engineering, mathematics. (Public Law 98-377)

1997. Richard J. Evans of the University of Cambridge reports that the number of PhD degrees awarded in history at American universities declined by 63 percent in the 15 years from 1971 to 1986 as “students began to look for subjects they considered more relevant to the present.” (In Defense of History)

January 8, 2002. The Cold War threat posed by the now-collapsed Soviet Union has been replaced by intensified global economic competition. President George W. Bush signs into law the No Child Left Behind Act, which establishes a nationwide testing regime in mathematics, science, and language—but not in history or the social studies. (Public Law 107-110)

June, 2005. Pulitzer-Prize winning history author David McCullough testifies before Congress, “Because of No Child Left Behind, sadly, history is being put on the back burner or taken off the stove altogether in many or most schools, in favor of math or reading.” (New York Times)

December, 2006. The European Union releases its framework of Key Competencies for Lifelong Learning meant to guide educational practice in EU member nations. The framework features the core subjects of language, math, and science along with other subjects including civics, digital competence, and entrepreneurship. History is absent from the list of learning’s key competencies.

June 17, 2011. Linda Salvucci, chair of the National Council for History Education, tells an interviewer, “Public officials and society at large have devalued the study of history….History must not be allowed to become some optional or occasional add-on to the ‘real’ curriculum.” (CNN)

May 2012. A report from the American Historical Association finds, “the systematic teaching of history had all but ended in elementary schools across the country.” (Perspectives on History)

2014 and earlier. The National Council for the Social Studies declares, “The last decade of the twentieth century and the first decade of the twenty-first have seen the marginalization of the social studies curriculum, instruction, and assessment at all grade levels.” (NCSS website)

December 2018. The American Historical Association reports a one-third decrease in college history majors since 2011. The report says, “Of all the major disciplines, history has seen the steepest declines in the number of bachelor degrees awarded.” (Perspectives on History)

If such evidence convinces you, as it does me, that history education has been undergoing decline for well over half a century, it is reasonable to believe that the decline may continue apace into the future—possibly until history eventually suffers the same fate as rhetoric, Greek, and Latin, subjects that were once at the center of schooling but came to be seen as irrelevant and faded away.

If we wish to stop the decline of history education, the next question to be addressed is: Why is it happening?

Why is history education in decline?

The most likely answer to this question is a widespread public perception that historical learning has little of practical value to offer society, the same perception that led to the demise of the traditional classical curriculum, which included the subjects of rhetoric, Greek, and Latin.

In the early 20thcentury, public schools adopted a curriculum meant to train workers of the Industrial Revolution in practical skills needed in the modern, industrial workplace: reading, writing, and arithmetic. History would be useful for assimilating large numbers of foreign immigrants and their children into American culture.

By the mid-20thcentury, the great waves of foreign immigration were over, and America was locked in an intense ideological, military, and economic struggle against communist forces led by the Soviet Union. The emphasis was on gaining technological superiority over our Cold War rivals, and history was of little use in this endeavor.

In the years since, the emphasis on practical skills has only intensified as the United States found itself competing in a global marketplace against the growing economic strength of friends and adversaries alike. The present system of American education emphasizes “21st century skills,” especially skills associated with the STEM subjects of science, technology, engineering, and mathematics. Learning about events from the past has limited currency in this results-oriented educational environment.

There still exists, however, a lingering belief among many people that knowing something of the nation’s and the world’s past may be vaguely beneficial. But this sentiment is undermined by a public perception that history education hasn’t been effective, a perception grounded in widespread personal experience and reinforced by years of nationwide testing that has consistently found history schooling to be far less effective than instruction in the other core subjects of mathematics, language, and science. (The National Assessment of Educational Progress, termed “the nation’s report card.”)

Given these factors, the fortunes of history education continue to decline, which leads to the third question: How can the problem be fixed?

How can the decline be stopped?

If history education is in decline because it’s perceived to be largely irrelevant and ineffective, the obvious fix is to develop history education that is more useful and more effective. Several approaches have been tried.

Some educators have advocated history instruction that fosters feelings of empathy towards peoples of other times and places. Historian David Christian, with financial backing from technology mogul and philanthropist Bill Gates, has been promoting “Big History,” which combines human history with natural history to tell a story of the past that stretches from the Big Bang to the present.

But the most widespread and consistent attempt to revive history education has been the campaign to teach students “historical thinking skills,” said to be the kinds of skills employed by professional historians when writing their histories. Other educators would extend instruction in thinking skills beyond those associated with the history profession to include all manner of “critical thinking skills.” (See “Historical Thinking Skills: A Second Opinion.”)

Based on the chain of evidence cited above, none of these measures—nor all of them combined—appears to have arrested the decline of history education in America’s schools and colleges. These measures haven’t worked, I would suggest, for a simple reason: They fail to help history education fulfill the fundamental purpose of education, which is to impart important knowledge of the world that can assist students and society to function effectively in the future. Any proposed reform of history education that fails to address this basic reality will amount to little more than tinkering around the edges.

History education, as currently practiced, is based on teaching students about one-time events from the past, most of which have little or no relevance to the lives students will live in the present and future. By contrast, other school subjects fulfill the purpose of education by teaching students general principles of knowledge that can be applied in the future, principles such as addition in mathematics, grammar in language, and gravity in science.

If history schooling were to identify and impart comparable principles of knowledge, history schooling would be in a position to overcome the two conditions that are most likely responsible for history education’s long-term decline: irrelevance and ineffectiveness.

Three additional kinds of historical knowledge are suitable for educational purposes because they also supply knowledge useful in the future. They are events with continuing effect, foundational concepts of history and geography, and a big picture of human development through time.

If history schooling is to fulfill the fundamental purpose of education—and if society is to learn from history—history education will have to undergo a fundamental shift in orientation from a focus on isolated events of the past to a focus on knowledge relevant to the future.